Mundgod, Karnataka, India - For the third consecutive day, His Holiness the Dalai Lama walked from Drepung Lachi to Drepung Loseling to attend the Emory Tibet Symposium, greeting well-wishers as he went. A group of young students belonging to the Tibetan Science Society, who had come to attend the Symposium too, were waiting for him at the door of the monastery. He posed for a photograph with them, commended their interest in science and advised them to go further than mere general study and specialize. 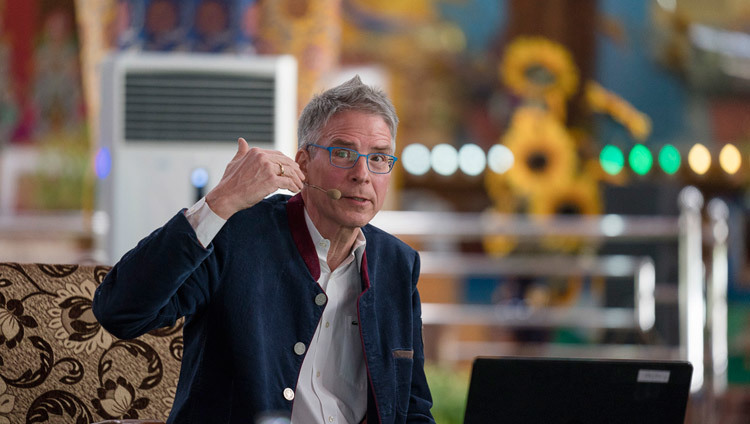 The fifth session was devoted to neuroscience and the question what is mind and its relation to the body, brain and subjective experience. Christof Koch began his presentation by paying tribute to one of the fathers of modern science, the French philosopher Descartes, who famously said—I am conscious, therefore I am. Koch said that despite this initiative, until 30 or 40 years ago, science took little interest in consciousness.

Now there is some sense that it feels like something to see, hear, remember, feel hungry and so forth. However, if we ask who has conscious experience, the general consensus has been that it is only human beings. As to the mechanism that gives rise to consciousness, neuroscientists have identified a part of the cerebral cortex that has to be there if there is to be consciousness. About whether dogs, bees with their small but densely complex brains, or even foetuses, are conscious there is apparently, as yet, no clear answer.

During the ensuing panel discussion, His Holiness asked Koch if he could measure whether a distorted consciousness could be transformed into doubt or wisdom. Koch evinced an inability to either design or conduct the requisite experiment, revealing that most of such work is done on mice. Chris Impey later suggested that he should consider using actors. His Holiness observed that there is a significant qualitative difference in human consciousness and that of a mouse. 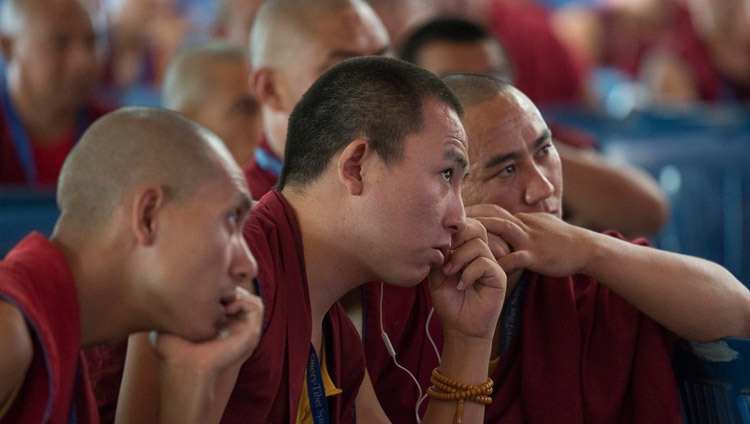 “For many years I have suggested investigating Buddhist and non-Buddhist practitioners with acknowledged meditative experience,” he said. “There are, for example, some whose development of ‘inner heat’ is such that they can sit naked in the snow in the high mountains.”

Lobsang Tenzin Negi contributed the observation that while Buddhist science contends that mind is not dependent on physical properties, the tantric point of view is that mind is associated with energy. Subtle consciousness rides on subtle energy. Koch reiterated that he is confined to studying the human brain from an external viewpoint and that his and his colleague’s position is—no brain, never mind. Trying to bridge the impasse Michel Bitbol asked if it could be said that rather than generating consciousness, the brain amplifies it.

After lunch Geshe Lhakdor opened the final session of the symposium which was to discuss the need for secular ethics or universal values in education. Kimberly Schonert-Reichl reported on progress that has been made with educating the heart in the context of Social and Emotional Learning. One of the goals is to nurture kindness, happiness and health in children in particular. She reported on approaches to education that foster a wide range of children’s knowledge, attitudes, values and skills such as self-regulation, self-awareness, empathy, compassion, altruism and ethical decision making. 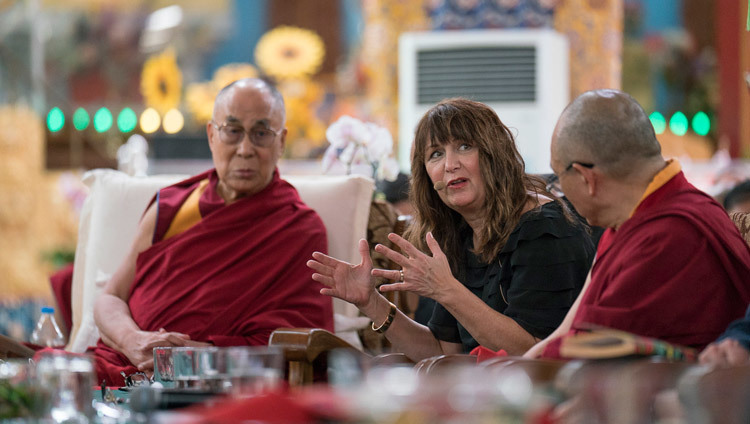 Consensus about the need for explicit and intentional attention to promoting social, emotional and ethical education in schools has prompted Emory University, with His Holiness’s encouragement, to draw up a framework to carry this vision forward. Lobsang Tenzin Negi explained that such attention training and training in compassion and care have to do not only with taking the right decisions, but also following up by doing the right thing.

Opening the panel discussion, Tim Harrison offered two approaches to teaching for consideration. In one model a child is viewed as being like a computer or vessel to be filled with knowledge and facts. In another, the child is compared to a flower or plant and part of the teacher’s job is to water and tend to the soil to allow it to grow. This brought into focus the essential need to train every teacher who will employ the various approaches to secular ethics. There were reports of the benefits teachers have gained from undertaking compassion training.

Kimberly Schonert-Reichl answered an enquiry about whether there were key junctures in children’s development when training in secular ethics was most effective or needed to be done. She suggested that when children are 5-7 years old, 10-13 years old and adolescent are crucial times, but she stressed that what is really needed is a curriculum that starts as children begin school and follows through consistently as they pursue their entire education.

After Gaelle Desborden had provided a thorough and succinct summary of the symposium’s proceedings, His Holiness was invited to share his thoughts. At first he asserted he had nothing to say, but thanked the presenters and panellists for their participation. He also expressed gratitude to Drepung Loseling for providing the venue and the various technicians involved in ensuring everything worked and the skilled translators. 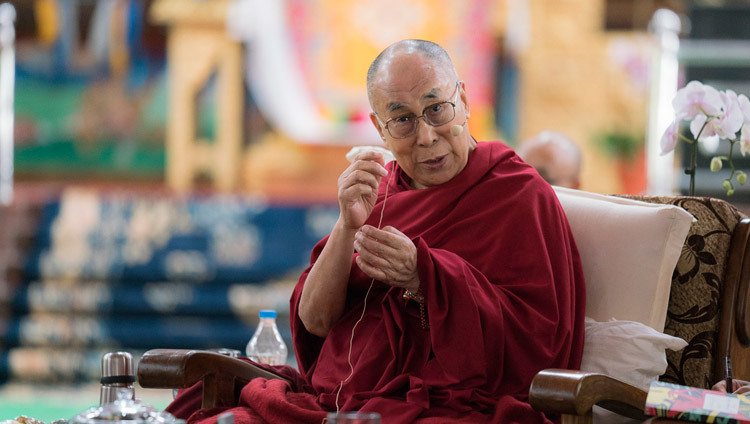 “In conferences like this our first goal is to improve our knowledge and understanding and to that end we have held profound discussions,” he declared. “But the second goal concerns the happiness of all 7 billion human beings alive today. If the 21st century is to be different from the 20th century it is important that those who belong to the younger generation today conduct themselves differently.

“Some scientists report evidence that basic human nature is compassionate. We have neglected this in the past, despite having the seed within us. We have to find ways to cultivate it on the basis of common sense, common experience and scientific findings. At present there is great distress in many places, which arises from mistaken ways of thinking. If our goal is a happier, more peaceful world in the future, only education will bring change. We cannot remain indifferent. I am a follower of the Buddha, but I am also just a human being. I am trying my best—I only ask that you do too.”