His Holiness the Dalai Lama made his first foreign visit outside Tibet in 1954 when he spent almost a year in China meeting with its leaders and touring various places. In 1956, His Holiness made his second visit abroad to India at the invitation of the Mahabodhi Society of India to attend the 2500th Birth Anniversary Celebrations of Lord Buddha. In 1959, His Holiness once again returned to India, this time as a refugee escaping the brutal Chinese occupation of Tibet, thus beginning his life in exile. 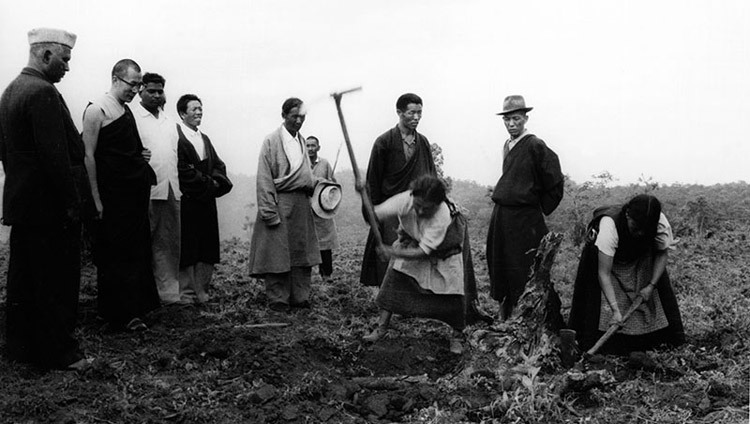