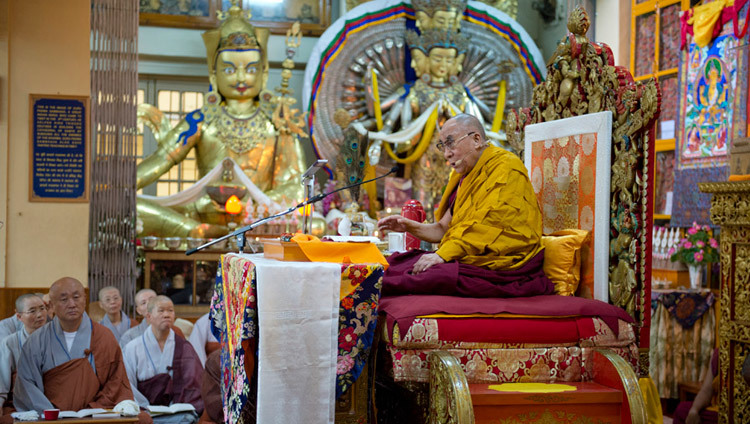 His Holiness gives teachings at the Main Tibetan Temple (Tsulagkhang) in Dharamsala several times a year and they are officially translated into several languages including English, Chinese, Korean, Vietnamese, Hindi and Japanese on FM channels. During the winter months in India, His Holiness often visits Bodh Gaya or some of the Tibetan settlements located in south India where he also regularly gives teachings.

His Holiness also gives a number of public talks on topics that are close to his heart. Public talks, lasting about an hour followed by a question and answer session are popular on his foreign trips and are usually sold out soon after tickets go on sale

(Practical Advice for Attending the Teachings in India)

His Holiness the Dalai Lama will give two-day teachings on Chandrakirti's Enteri...