Koyasan, Japan - On a cool grey morning of light rain, His Holiness left Osaka and traveled up, along narrow roads, around winding turns, into the mists and reddening maples of Koyasan, the 1200 year-old mountain of the Shingon sect of Buddhism, founded by Kobo Daishi and given over now to 117 temples. 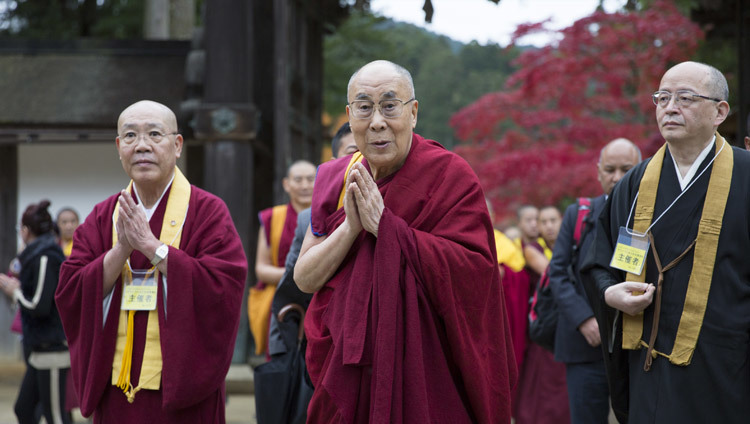 Passing between tall trees, in an almost Tibetan atmosphere of solemnity and concentration, His Holiness was greeted at the end of the two-hour drive by the head priest of the main temple on the mountain, Keihan Nakanishi-sensei. Led into a quiet room in the radiant temple, Kongobuji, for a conversation with the abbot and other senior priests, His Holiness began by saying, “In this world, everyone want to be free of suffering—to be happy—yet so many of our sufferings come from our own minds.

“If there can be a greater sense of oneness in the world, then violence and killing will end.” He shared with the Japanese priests, arrayed in their rich robes around a series of low tables, an experiment in which it was found that even children of two or three months old lit up when shown an image of a child helping another child pushing a stone up a hill. They grew visibly dismayed when they saw the child blocked in his efforts by another child. 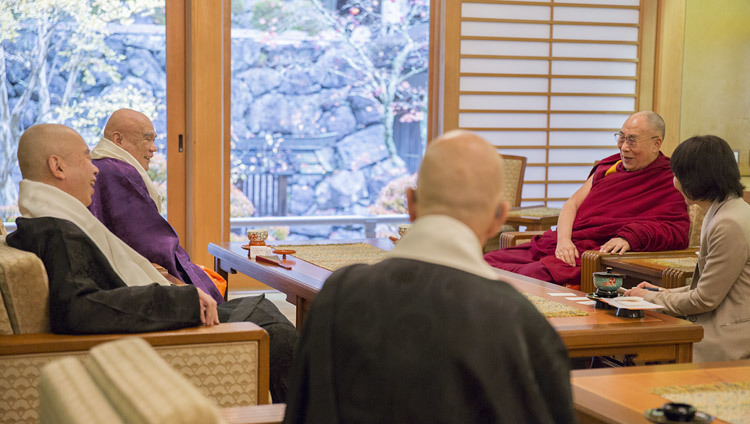 “This proves,” said His Holiness, “that basic human nature is compassion. Therefore, I see great potential in promoting love and compassion through education. I’m not trying to propagate Buddhism; I only want to spread the message of the fundamentally compassionate nature of human beings. Every different religion has different ideas and philosophies, but all of them agree on the importance of love and compassion.”

Rising to his theme, His Holiness mentioned a Tibetan saying that nobility should never undermine learning, nor learning undermine nobility. A great 13th century Tibetan scholar, he said, declared that even if you’re about to die tomorrow, you should keep learning. It’s almost like an investment for your next life.

After an entirely vegetarian lunch to prepare for the day’s empowerment—not even eggs or onions were included—His Holiness went to Koyasan’s main hall, where he sat on a stage, flanked by rows of chanting monks on both sides, with two thankgas behind him and many huge bouquets of flowers, and opened his empowerment for Achala, the deity of protection and unwaveringness, with thirty minutes of chants. 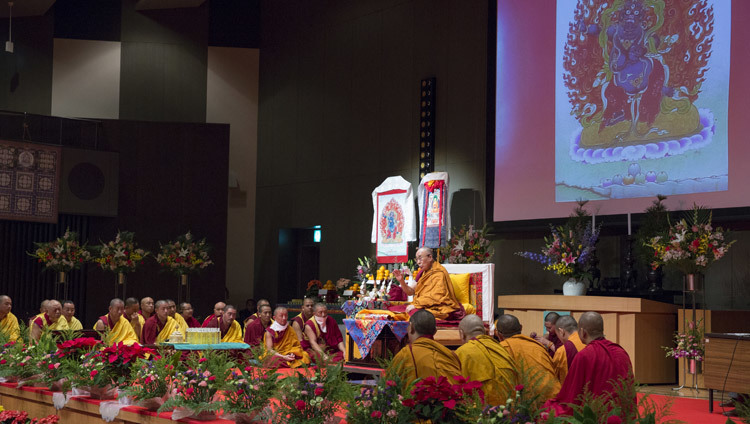 In preparing his audience—maybe 100 of the 600 or so Chinese speakers—for the empowerment, he stressed that the truth of the Buddha is not to be found by faith, but by using one’s intelligence. Theistic religions have always been beneficial and will always remain so, he stressed, but Buddhism has to be practiced with wisdom and intelligence. Even at the earliest stages, when one listens to a teacher and reflects on what the teacher has said. “Taking the Buddha on faith,” His Holiness said, “does not make one fit for following the path of wisdom. One must know what emptiness means.”

He then went into the specifics of the Achala empowerment, explaining what kind of visualizations it would involve—depending on whether you had received full empowerments before or not—and what it should mean depending on your level of preparation. The ultimate aim, he said, was to realize deep selflessness. “As Shantideva pointed out, people don’t want suffering, yet cause their own suffering. They attack their own happiness as if it were an enemy. 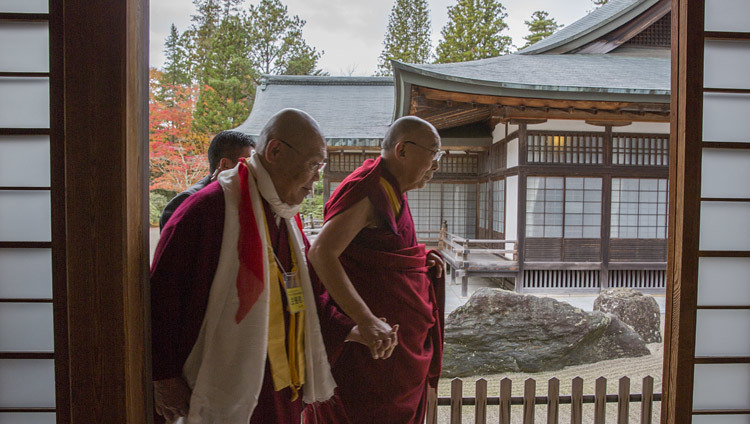 “If you devote yourself to serving other sentient beings,” His Holiness stressed, “you will find your own realization.” He outlined the exact meaning of taking refuge in Buddha and sangha and dharma and then said, “Always have the altruistic motivation to help sentient beings. Consider others to be more important than yourself. And remember that until you attain Buddhahood, you can help others only partially.

“So be determined to become Buddhas for the sake of all beings.” When you think about the self, what is it exactly? Is it water or is it mirage? Things exist, but they don’t exist in the way we think they do, or as they appear to be.

With that exacting reminder, he shared the mantras and chants for the empowerment and took his leave of an invigorated audience.