His Holiness the Dalai Lama Expresses Regret at Shimon Peres's Passing Away September 28, 2016

Theckchen Chöling, Dharamsala, HP, India - In a letter to the Director of the Peres Peace House His Holiness the Dalai Lama wrote that he had been saddened to learn that Shimon Peres had passed away following a recent stroke. He added:

"I offer my prayers for him and convey my condolences to the members of his family at this difficult time. 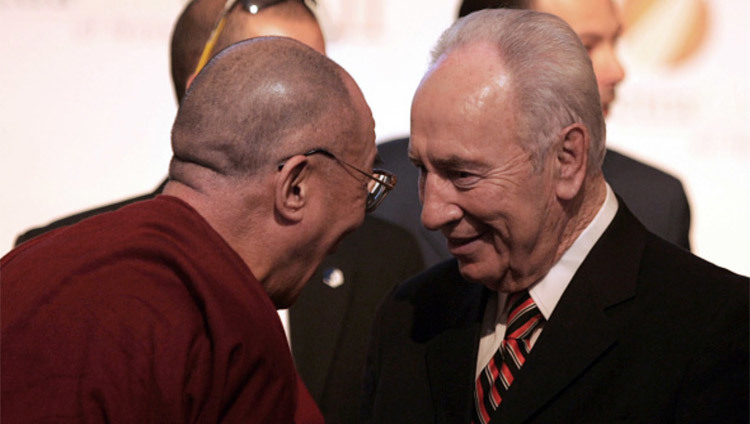 "Mr. Peres and I met on several occasions in different places over the years, the last being Jordan in 2006 when we were attending a conference of Nobel Laureates and other thinkers addressing global concerns.

"I admired his efforts to promote peace between Israel and Palestine, which actually did lead to the historic Oslo Peace Accords of 1993."

Noting that Peres often spoke of the importance of compromise, he quoted him once saying that as the Palestinians were Israel's "closest neighbours" they might become its "closest friends.” His Holiness concluded:

"I pray that this may soon come true."