A Clean Environment Is a Human Right

Tibet should not be used for the production of nuclear weapons and the dumping of nuclear waste. Tibetans have a great respect for all forms of life. This inherent feeling is enhanced by our Buddhist faith, which prohibits the harming of all sentient beings, whether human or animal. Prior to the Chinese invasion, Tibet was a fresh, beautiful, unspoiled wilderness sanctuary in a unique natural environment. 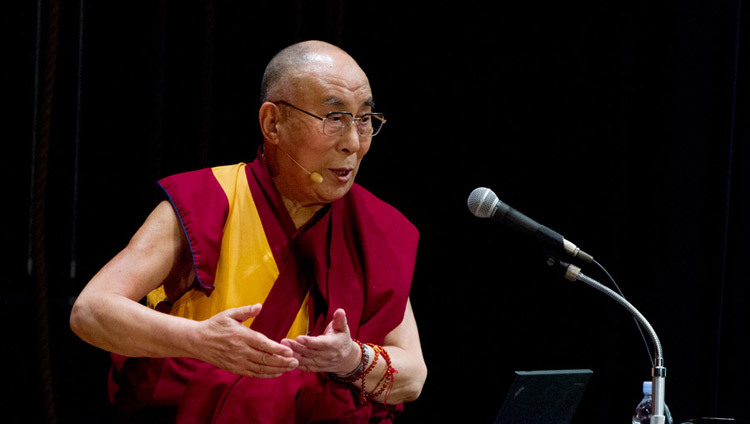 Sadly, during the past few decades, the wildlife of Tibet has been most totally destroyed and, in many places, irreparable damage has been done to its forests. The overall effect on Tibet's delicate environment has been devastating - particularly since the country's altitude and aridity mean that the process of restoring vegetation will take much longer than in lower, wetter regions. For this reason, what little is left must be protected and efforts made to reverse the effects of China's iniquitous and wanton destruction of the Tibetan environment.

In doing so, the first priority will be to halt the production of nuclear weaponry and, even more importantly, to prevent the dumping of nuclear waste. Apparently, China plans not only to dispose of its own but also to import other countries' waste, in exchange for hard currency. The danger this represents is obvious. Not only living generations, but also future generations are threatened. Furthermore, the inevitable problems this would cause locally could so easily turn into a catastrophe of global proportions. Giving waste to China, which might have access to large areas of lightly populated land but has only crude technology, will likely prove only a short-term solution to the problem.

If I were actually to vote in an election, it would be for one of the environmental parties. One of the most positive developments in the world recently has been the growing awareness of the importance of nature. There is nothing sacred or holy about this. Taking care of our planet is like taking care of our houses. Since we human beings come from nature, there is no point in our going against nature, which is why I say the environment is not a matter of religion or ethics or morality. These are luxuries, since we can survive without them. But we will not survive if we continue to go against nature.

We have to accept this. If we unbalance nature, humankind will suffer. Furthermore, as people alive today, we must consider future generations: a clean environment is a human right like any other. It is therefore part of our responsibility towards others to ensure that the world we pass on is as healthy, if not healthier, than when we found it. This is not quite such a difficult proposition as it might sound. For although there is a limit to what we as individuals can do, there is no limit to what a universal response might achieve. It is up to us as individuals to do what we can, however little that may be. Just because switching off the light when leaving the room seems inconsequential, it does not mean that we should not do it.

This is where, as a Buddhist monk, I feel that belief in the concept of karma is very useful in the conduct of daily life. Once you believe in the connection between motivation and its effect, you will become more alert to the effects, which your own actions have upon yourself and others.

Thus, despite the continuing tragedy of Tibet, I find much good in the world. I am especially encouraged that the belief in consumerism as an end in itself seems to be giving way to an appreciation that we humans must conserve the earth's resources. This is very necessary. Human beings are in a sense children of the earth. And, whereas up until now our common mother tolerated her children's behavior, she is presently showing us that she has reached the limit of her tolerance.

It is my prayer that one day I shall be able to carry this message of concern for the environment and for others to the people of China. Since Buddhism is by no means alien to the Chinese, I believe that I may be able to serve them in a practical way. The last Panchen Lama's predecessor once conducted a Kalachakra initiation ceremony in Peking. If I were to do the same, it would not be without precedent. For as a Buddhist monk, my concern extends to all members of the human family and, indeed, to all suffering sentient beings.

I believe that this suffering is caused by ignorance, and that people inflict pain on others in pursuit of their own happiness or satisfaction. Yet true happiness comes from a sense of inner peace and contentment, which in turn must be achieved through cultivation of altruism, of love, of compassion, and through the elimination of anger, selfishness and greed.

To some people this may sound naive, but I would remind them that, 'no matter what part of the world we come from, fundamentally we are all the same human beings. We all seek happiness and try to avoid suffering. We have the same basic needs and concerns. Furthermore, all of us human beings want freedom and the right to determine our own destiny as individuals. That is human nature. The great changes taking place everywhere in the world, from Eastern Europe to Africa, is a clear indication of this.

At the same time, the problems we face today - violent conflicts, destruction of nature, poverty, hunger, and so on - are mainly problems created by humans. They can be resolved - but only through human effort, understanding and the development of a sense of brotherhood and sisterhood. To do this, we need to cultivate a universal Responsibility for one another and for the planet we share, based on a good heart and awareness.

Now, although I have found my own Buddhist religion helpful in generating love and compassion, I am convinced that these qualities can be developed by anyone, with or without religion. I further believe that all religions pursue the same goals: those of cultivating goodness and bringing happiness to all human beings. Though the means might appear different, the ends are the same.

With the ever- growing impact of science on our lives, religion and spirituality have a greater role to play in reminding us of our humanity. There is no contradiction between the two. Each gives us valuable insights into the other. Both science and the teachings of the Buddha tell us of the fundamental unity of all things.
Finally, I would like to share with my readers a short prayer, which gives me great inspiration and determination:

For as long as space endures,
And for as long as living beings remain,
Until then may I, too, abide
To dispel the misery of the world.

Adapted from the chapter Universal Responsibility and the Good Heart in Freedom in Exile: The autobiography of His Holiness the Dalai Lama of Tibet, Hodder and Stoughton. UK 1990. (p 280-299).